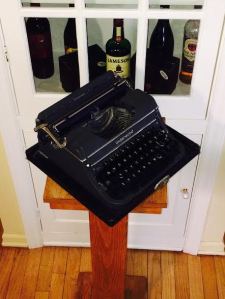 Raymond Chandler was not the most prolific of writers. He only started publishing in his forties, after losing a job in the oil industry thanks to the perils of being an artist, which are eerily similar to being a drunk.

He remains, however, one of the most brilliant writers of the 20th Century. The iconic private detective Phillip Marlowe was his creation; anytime you see a private detective in a trench coat, talking about ‘dames,’ and drinking, you’re looking at the cultural contribution of Mr. Chandler.

His taste in food, much like his writing, were simple and direct. ‘Cooked well and fast’ were his prerogatives. Every scrap of his writing reads that way, spiced with the acerbic wit that made Marlowe famous. END_OF_DOCUMENT_TOKEN_TO_BE_REPLACED

The Westside of Grand Rapids is an odd place.

This makes it, along with the sidewalks that run near every street, one of the best places to amble in the city. You’ll always see something over there that will jar your thoughts to their furthest corners. Last time I was there, I was walking with a friend of mine. We saw, in order: END_OF_DOCUMENT_TOKEN_TO_BE_REPLACED