You might think being a farmer is a pretty sweet gig. From a cubicle, things look pretty nice: you’re working outside, one with the land, a  Wendall Berry poem come to life. But being a farmer is an insane profession; the job goes out of its way to make itself as terrifying as possible for the weirdest of reasons. Like…

6.) Your Farm Wants to Kill You

When you think up a list of the deadliest professions, you probably think of things involving guns, cocaine, and explosions: cop, firefighter, John McClane, things like that. Surely farming can’t be that dangerous. 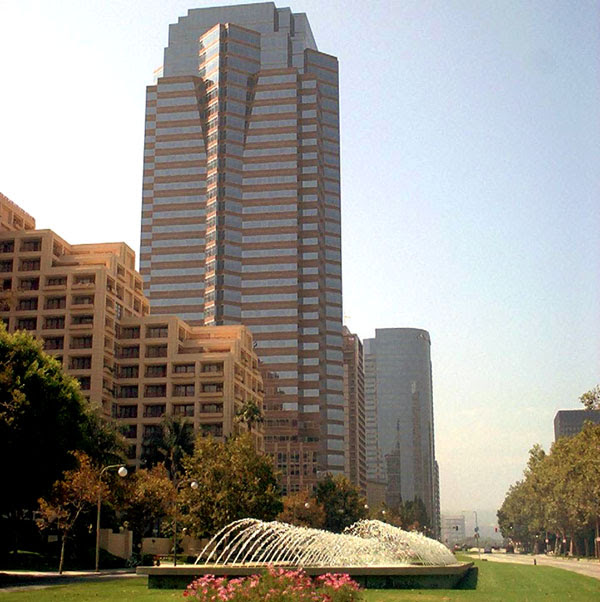 But you’d be wrong: farmers have a better chance of dying on the job than both cops (2x) and firefighters (5x!), or a Wall Street banker (73x to the surprise of nobody).

These are the people that we depend on for our survival. We’ve needed farmers for way, way longer than we’ve needed bankers. The ways you can die on a farm are surprisingly diverse: tractor rollovers, grain suffocation, deadly fumes, goring, electrocution, heatstroke, etc.

That’s just death; it doesn’t count the maiming going on in farming. Every day, 243 ag workers suffer injuries, and 5% of those result in permanent impairment. That means, every year, over 4000 farmers suffer the kinds of injuries we usually associate with soldiers:

Twenty-six years ago, a farm accident nearly took Smith’s life. His jeans caught on a piece of manure-pumping equipment and, in the blink of an eye, his leg was connected to his torso by a mere inch of flesh.

Image Not Pictured (Because I’m Not a Monster) (source)

It makes sense when you think about it; farming is a lonely gig. There’s not a ton of people around to make sure that you’re following the rules and being safe. And you’re surrounded by equipment, and animals, that can kill you at pretty much any time.

When the Affordable Care Act came up, a bit of press was given to the fact that rural hospitals are often the first to close, because they don’t have the economies of scale that large urban hospitals do. But these are the places where a farmer is going to get stabilized before they can be sent to a larger urban center for better treatment. 80 have closed since 2010, and now, 1 in 3 is at risk of closing.

These hospitals are literally life-lines to their communities. As a country, we’re letting them collapse, and we’re going to lose people the world can’t afford to lose.

5.) It’s Only Going to Get Harder (Global Warming)

You might think “Hey, you said ‘the world’ there. I mean, we’re just feeding America, right?” Well, it’s not only people here in the states that depend on our farms; we supply a quarter of all grains (wheat, corn, rice) for the entire world. We also supply tons (quite literally, millions of tons) of the world’s meat too. All of this, though, is dependent on a surprisingly fickle thing: the weather.

I spoke with one farmer about an organic fertilizer he uses. In order for you to get a good application of it, you really need three days of wet weather, and then one day of dry, sunny weather.

The future of a farm is dependent on all sorts of gambles like this. Roll the dice wrong, and you’re sunk.

What makes those gambles easier, and more predictable, is weather modeling. Farming is one of the big reasons the National Weather Service exists. We’ve been doing this since 1910, trying to predict the weather so that farmers will be able to make better bets. We’ve been able to do this fairly accurately because, over more than a century, we’ve been collecting weather data.

All that data, now, is going out the window, because the world is getting hotter. It’s going to be much, much harder to predict the weather in the coming years, on top of a straight-up rise in heat.

Heat is going to be a problem. 2012 was a record-setting year for heatwaves, causing farmers in 22 states to experience ‘crop failure,’ which is just what it sounds like, and wreaking 31.8 billion dollars in damage. Less dramatically but still terrifying, heat increases are causing farmer to lose their topsoil at a rate of 1.7 billion metric tons a year. On top of that, extreme weather events are going to rise. It’s easy to forget that too much water can kill a farm just as easily as too much.

That’s not to say that farmers aren’t adapting to these new conditions; techniques like no-till farming and advanced irrigation will allow farmers to keep growing what needs to grow. But all that costs time, effort, and cash.

Cash, in particular, being something you don’t have…

Nobody expects farmers to be rich. We do expect that, if you’re a farmer, your job is to farm: growing food, milking cows, making sure the deer know they’re food and fauna. 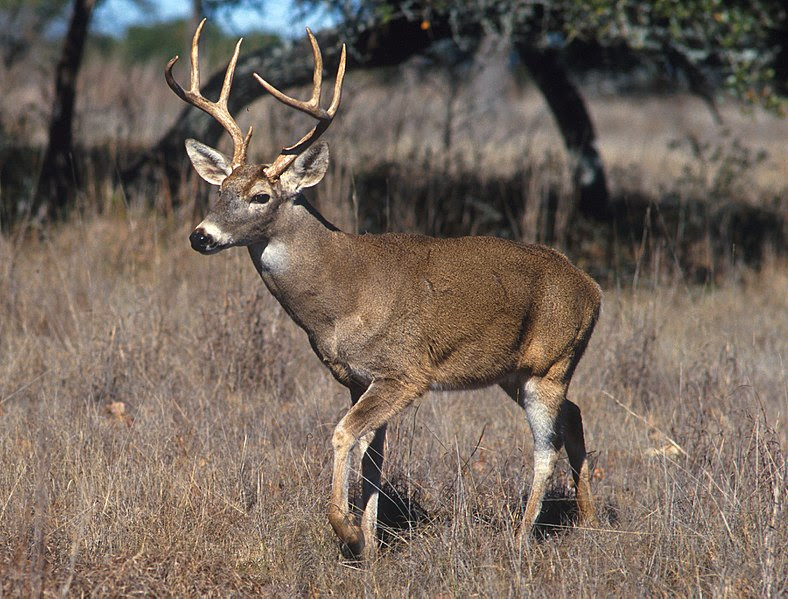 What is really weird is just how little money people make from farming.

On top of all that, farms have had a 45% drop in farm income between 2013 and 2016. It’s even worst in smaller farms, which actually lose money:

Whenever a customer asked how things were going, I replied, Great. I thought about the sinking ship, and never said, Well, we’re making ends meet, but we work 12 hour days, 6 days a week, and pay ourselves only what we need to cover food and household expenses: $100 per week. I didn’t tell anyone how, over the course of the last three years since Ryan and I had started our farm, I’d drained most of my savings. I didn’t admit that the only thing keeping the farm afloat was income Ryan and I earned through other means — Ryan working as a carpenter and I as a baker.

Farming is not easy work. But it should afford you a living of some sort. After all, you wouldn’t have a surgeon moonlight as a mechanic; why would you expect a farmer to do the same thing?

But even when a farmer does make money, they’re probably paying a bank first…

3.) Betting the Farm (Only Works if There’s a Bank)

One of the reasons you can write off interest on loans is that, when we went to an income tax in 1913, interest was deductible. Even then, when most homes weren’t bought with mortgages, farm debt was a problem. William Jennings Brian, the guy Clarence Darrow made look like an idiot, made his political career campaigning against the gold standard, so that farmers could borrow more easily and cheaply. That was all the way back in 1896. 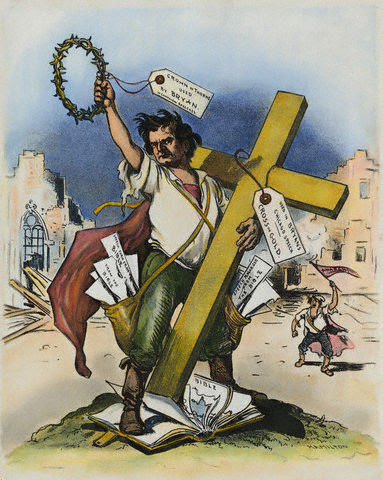 When the cartoons were much, much weirder… (source)

Usually, you’d think of farm debt as the same as government debt; when there’s a downturn, you take on more, and start paying that debt back off when the economy picks up again. But that’s not what’s happening today. In Nebraska, for instance, the 2016 per-acre farm debt more than doubled from 2006 to 2016.

The average Nebraska farm in their survey was leveraged at over a thousand dollars per acre. And this is when we’re reaching full employment, and the economy is more at risk of overheating than it is of falling off a cliff.

All this debt needs to be taken on by somebody. To most banks, farms aren’t the greatest investments. A farmer never really knows how much money you’re actually going to get for a given crop; that’s controlled by worldwide supplies. It’s essentially a crapshoot across the board, which is why most banks don’t like farm debt.

The banks that loan money to farmers are small, community banks in farming communities themselves. Larger banks can pick the best bets, but the average farm depends on these banks for credit. Naturally, these banks are in trouble, because they already have so much debt, and growers are increasingly unable to make payments on their debt.

Turns out, so does other stuff…

2.) The Thing That Keeps Your Farm Alive Messes With Your Brain

Last year, we heard so much news about ‘the bees! The bees!’ we might as well have been in a Nick Cage movie. And hey, we need bees to pollinate our food, so collapsing colonies would be a big, scary issue. It should’ve gotten the press it did. 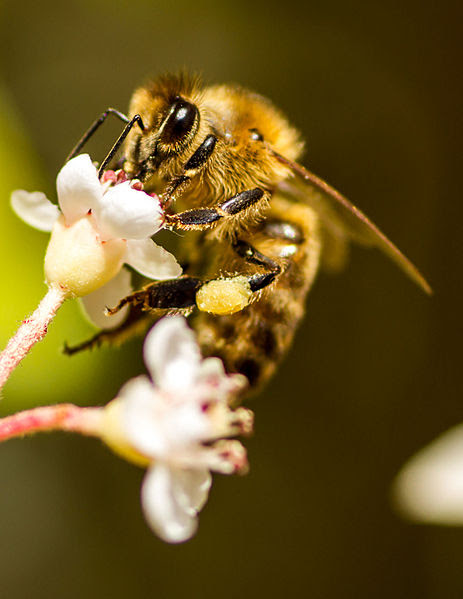 This bee, for instance, was represented by WME (source)

What nobody seemed to care about was that these chemicals were messing with the minds of the people using them: the farmers.

According to one study by the NIH, certain pesticides increase a farmer’s risk of depression by 80%-90%. This was not a study of a small cohort; it was a study of over 21,000 people over more than a decade.

It wasn’t all classes of pesticides; the ones that are harmful to farmers are in certain classes, organochlorines and organophosphates being two. One such pesticide, which goes by the brand name malathion, was used by 67% of farmers in the study.

This is a double whammy, because farmers are less likely to seek out help for depression than the general population. Only 8% of the farmers in the study actually sought out help for their depression, making the findings of the study even stronger than it would normally be.

The reason the environmental movement had such strong support on the left is that the factories that were belching poison into the air and water were first hitting, and killing, workers. Even though our rivers may no longer catch fire, this is still true.

And while the bees (the bees!) are important, they’re not as important as the people growing the stuff we need to live.

1.) It’s So Bad, You Just Might Kill Yourself (Seriously)

Farming, alright, doesn’t seem like that great of a gig. But that’s not enough to drive you to suicide, right? Right?

Well, in 2016, the CDC reported that agriculture was the occupation group with the highest suicide rate of all occupations.

Risk of suicide is built into farming. You’ve got the stress of running a business, you’re up to your eyeballs in debt, the things you use to keep your farm alive are giving you depression, a culture of self-reliance that makes asking for help difficult, you’re isolated because of depopulation and the nature of farming labor, and you have ready access to guns. It’s a perfect storm.

There was an effort on the federal level that would’ve created a program called FRSAN, the Farm and Ranch Stress Alliance Network, as part of the 2008 farm bill. It would’ve included a national hotline for farmers in trouble, along with regional counseling services to serve farming populations in the US. It was never funded, costing a whopping $18 million dollars.

To put this in perspective, we spent $18 million on a cannabis eradication program. We spent more on the Connecticut governor’s race in 2014.

Hell, a recent study found that the military spent $21 trillion dollars in unauthorized spending from 1998-2015. They could sneeze wrong and spend $18 million. 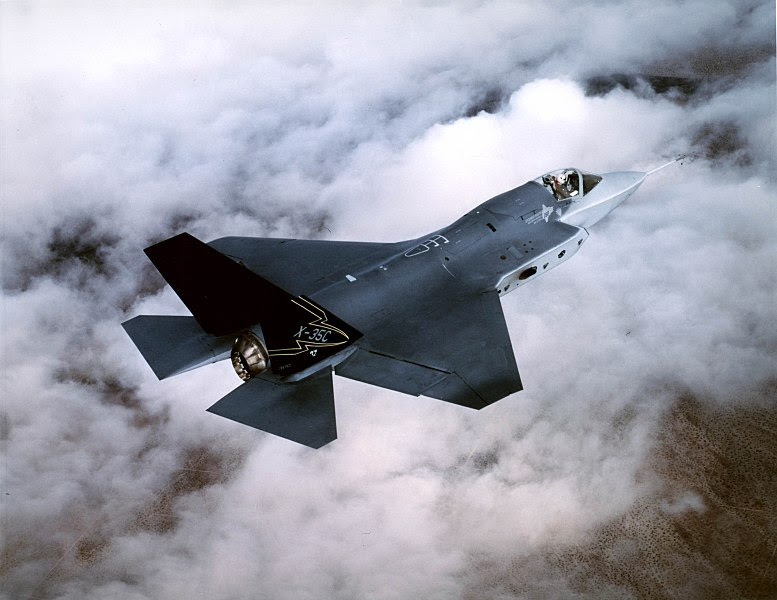 All these things are the result of something Wendell Barry wrote about at length.

In an essay called Faustian Economics, Barry talks about the doctrine of limitlessness; that is, the idea that there is always more we can squeeze, more value to be dug up, and more stress we can put on the world and the people in it. He outlines very well the deal we are making without knowing it.

As a society, we have made a deal with the people that grow our food. It’s a devil’s deal.

3 thoughts on “6 Reasons Being a Farmer is Terrifying”